Grey cast iron belong to the oldest and most used materials for casting production. They have good foundry qualities and with continuous improvement of production technology they have achieved also suitable utility properties which have shown with increased of technical level and working reliability of castings.

1.  Fire Safety: The prospects of fire in a building with PVC pipes can not only result in pipe repair but full replacement. That is because plastic can offer little to no protection in the presence of such heat. In contrast, cast iron pipes are fire resistant and can prevent the spread of fires. Another issue when it comes to fire is that when that plastic burns, it ends up emitting fumes that can be dangerous to breathe for anyone who unfortunately happens to be in the vicinity.

2.  Durability & Longevity: Compared to plastic, iron always has the upper hand when it comes to durability as well as longevity. Iron is denser and does not break or deform easily on rough handling as one sees in construction sites. Cast iron piping has been used successfully in plumbing systems for hundreds of years. In fact, in the year 1623 cast iron pipe was installed in the Fountains of Versailles in France. That same piping is still functioning today. Thousands of miles of municipal water and sewer systems use cast iron pipe. The reason is long-term durability. Cast iron simply lasts.

3.  Cost: Upfront although PVC products might be cheaper, the added cost of hanger spaces and expansion joints related to the pipes, the cost can exceed that of cast iron. Additionally, repairing cast iron sewer pipe is less frequent, which means that the money that might otherwise be invested in keeping them running can be used for other things.

4.  Noise Factor: One of the biggest complaints when it comes to PVC pipes is that the noise from them is much more pronounced than with cast iron models. In the latter case, the chief reason for the much quieter atmosphere is because of the thickness and density of the pipe involved, which offers a lot more serenity for a homeowner. That’s not something that will occur with PVC, where the running of a faucet, the turning on of a shower or the flushing of a toilet can be heard through the walls every time. That can quickly become an annoyance, especially for someone who plans on staying in their home for an extended period of time.

5.  Environmental Concerns: In order to minimize our environmental footprint, cast iron pipes would be the choice. The reasons are because PVC pipes are made with oil-based products and any PVC pipe repair usually discards the material into the trash. Meanwhile, cast iron pipes can be recreated from scrap iron. 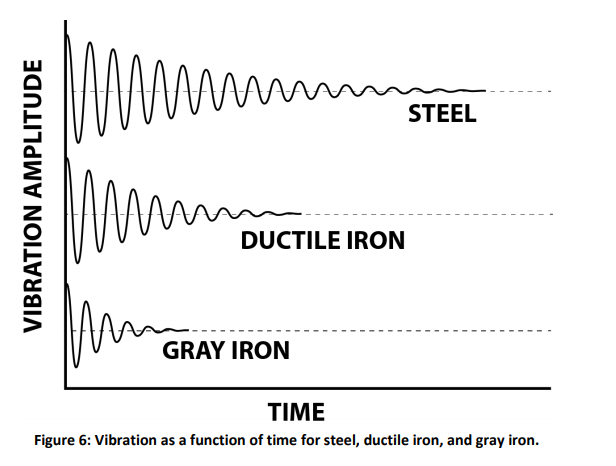 It is with immense pleasure and pride that we would like to announce that BIC is now ISO 9001:2015 certified in manufacturing & supplying Grey Cast Iron Castings such as Hubless Pipes & Fittings, Centrifugal Read more…